Meet the team at St Mary’s.

After teaching for many years, Sue trained for ministry at St Mellitus College, South Kensington, completing a master’s degree in Christian Leadership. During that time she worked with 4 rural churches in Chelmsford diocese.

Sue was ordained in 2016 and began her curacy in what is now The Pilgrim Parishes. Sue was appointed as Priest in Charge in April 2021. Sue is married to Andy.

Cilla has worshipped at Lindsell for 50 years, first as a layperson and licensed Reader from 1994 and after being ordained in 2002.

She became Area Dean for 10 years in 2010 and has served in all the benefice churches. During this time she has been a Spiritual Director as well as remaining a wife, mother and now grandmother.

Helen was ordained in 2011 and prior to this had been licensed as a Reader at Chelmsford Cathedral in 1994.

She was licensed as Area Dean for the Dunmow and Stansted Deanery in 2020.

Jeff is from Merseyside. After working in electrical contracting in Liverpool, Jeff trained for the ministry at Nottingham and was ordained in 1974.

He served curacies in a black country parish near Stourbridge and then in a stockbroker parish near Woking.

He was appointed vicar of a church in Chelmsford, serving there for 15 years. Many of those years were combined with prison ministry. Jeff later went into the Prison Service full-time and served in a number of roles, and at a number of establishments, within Prison Chaplaincy. He retired in 2012 and made a retirement move into North Essex with Celia his wife.

Ian was ordained in 2016 having been trained at St Mellitus theological college.

Prior to retirement, Ian worked for nearly 40 years at Barclays Bank, based in the City of London and in Canary Wharf.

Having trained at Sarum College, Jo joined the Pilgrim Parishes as Assistant Curate following her ordination in September 2021.  Prior to ordination she had a varied teaching career, including three years in Nepal.

She has also worked in public libraries and for a charity supporting prisoners and their families. She currently works part-time as a music teacher alongside her role in the Pilgrim Parishes.

Nigel retired from a career as a Chartered Engineer in the electronics industry in 2015. Part of this journey included a year at All Nations Christian College in Ware.

This prepares mature students for working in missional contexts in other cultures.

For Nigel and family, this was to be four years in the Seychelles, where Nigel worked as a transmitter engineer with FEBA Radio, which provided Christian broadcasting in over 20 languages to countries bordering the Indian Ocean.

Nigel was admitted to the office of Reader at St Albans Abbey in 2004. He has served as a Licensed Lay Minister in this benefice and elsewhere in the deanery since moving to Stebbing in 2007.

Paul balances his activities as a Licensed Lay Minister with his role as a director of a fast-growing technology business. Trained as a scientist, Paul combines an interest in theology with a passion to apply it.

“Fortunately, God weaves it all together,” he says, “it’s the Kingdom of God in the whole of life”. Paul is married to Kate, also an LLM.

Kate became a Christian in 1995 as a young woman searching for meaning, identity and purpose, which she found in God’s loving presence.

Kate’s career was in the wine trade, then later as a counsellor.

Licensed as LLM in 2018, her passion is for the church to become a place where people feel welcome, encounter Jesus, discover their gifts and fulfil their God-given potential.

Catherine has been a Licensed Lay Minister (formerly Licensed Lay Reader) since 2010, having previously worked as an administrator, mostly in the charity sector. She is also a Spiritual Director.

At the time of her licensing as a Reader in April 1997, Anthea worked full-time for Herts & Essex Farm Services Ltd. From 2003 she has worked part-time as a farm secretary.

Anthea served in the parishes of Blackmore and Stondon Massey from 1997 to 2020. She and her husband moved to Lindsell in 2017 and from 2020 she has been part of the Pilgrim Parishes ministry team.

Our new Pilgrim Parishes administrator Emma Nicholls, lives in Felsted with her family and previously held positions in the hotel sector as a Project Manager.

As well as being our new administrator, Emma also works as an exams invigilator at a local school.

Chris has lived in Stebbing for 38 years and has worshipped at St Mary’s for 36 years with his wife Cathy and their 2 children.

Chris worked as a Hotel manager for 7 years and then worked in the Wine & Spirit industry for 37 years. Hobbies include fishing, golf, tennis and antique collecting.

Subscribe to our weekly news sheet (receive the weekly Email) 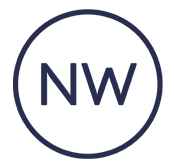 Website by activ Digital Marketing North Essex
We use cookies on our website to give you the most relevant experience by remembering your preferences and repeat visits. By clicking “Accept All”, you consent to the use of ALL the cookies. However, you may visit "Cookie Settings" to provide a controlled consent.
Read More Cookie SettingsAccept All
Manage consent

This website uses cookies to improve your experience while you navigate through the website. Out of these, the cookies that are categorized as necessary are stored on your browser as they are essential for the working of basic functionalities of the website. We also use third-party cookies that help us analyze and understand how you use this website. These cookies will be stored in your browser only with your consent. You also have the option to opt-out of these cookies. But opting out of some of these cookies may affect your browsing experience.
Necessary Always Enabled
Necessary cookies are absolutely essential for the website to function properly. These cookies ensure basic functionalities and security features of the website, anonymously.
Functional
Functional cookies help to perform certain functionalities like sharing the content of the website on social media platforms, collect feedbacks, and other third-party features.
Performance
Performance cookies are used to understand and analyze the key performance indexes of the website which helps in delivering a better user experience for the visitors.
Analytics
Analytical cookies are used to understand how visitors interact with the website. These cookies help provide information on metrics the number of visitors, bounce rate, traffic source, etc.
Advertisement
Advertisement cookies are used to provide visitors with relevant ads and marketing campaigns. These cookies track visitors across websites and collect information to provide customized ads.
Others
Other uncategorized cookies are those that are being analyzed and have not been classified into a category as yet.
SAVE & ACCEPT
Powered by